A timeless colour, the absolute protagonist of art, fashion and design. Mysterious, it reveals different hues on every occasion. Releasing new perspectives.

If you were to think of black as a single, unequivocal colour, you would be wrong. It is no coincidence that the light that crosses its dense chromatic texture has attracted and inspired many artists. A colour that continually transforms, allowing traces of other shades to emerge from the darkness. As in the works of Alberto Burri and other artists, protagonists from 15 April to 28 August 2022 of the prestigious exhibition "La luce del nero" ("The light of black") at the Fondazione Burri in Città di Castello. Among the explorers of its strong chromatic value was the painter Pierre Soulages, who made it the absolute, intense and enveloping protagonist of his works.

In fashion, black has always been a mysterious and timeless colour, the basis of every outfit, indispensable in every wardrobe. A colour that is both neutral and yet offers a wealth of possibilities. A colour that is decidedly unfettered and freeing. Take, for example, Balenciaga's interpretation of it, simply distorting the flat temples of Twist glasses such as model BB0208S and thus briefly distorting the material from an essentially clean and minimalist shape. Or by creating real sculptures that frame the eyes, sometimes hiding the gaze completely.

Behind each black frame are inscrutable expressions such as Alaïa's AA0056S model, refined by the openwork of a stylised flower, the symbol of the house, through which light penetrates. Again, light, especially in acetate, becomes a constructive element, contrasting with shadows in the contrasts between glossy and matt finishes. On the one hand, black demands rigour, minimalism; on the other hand, it lends itself to exaggeration, to large, bold shapes. 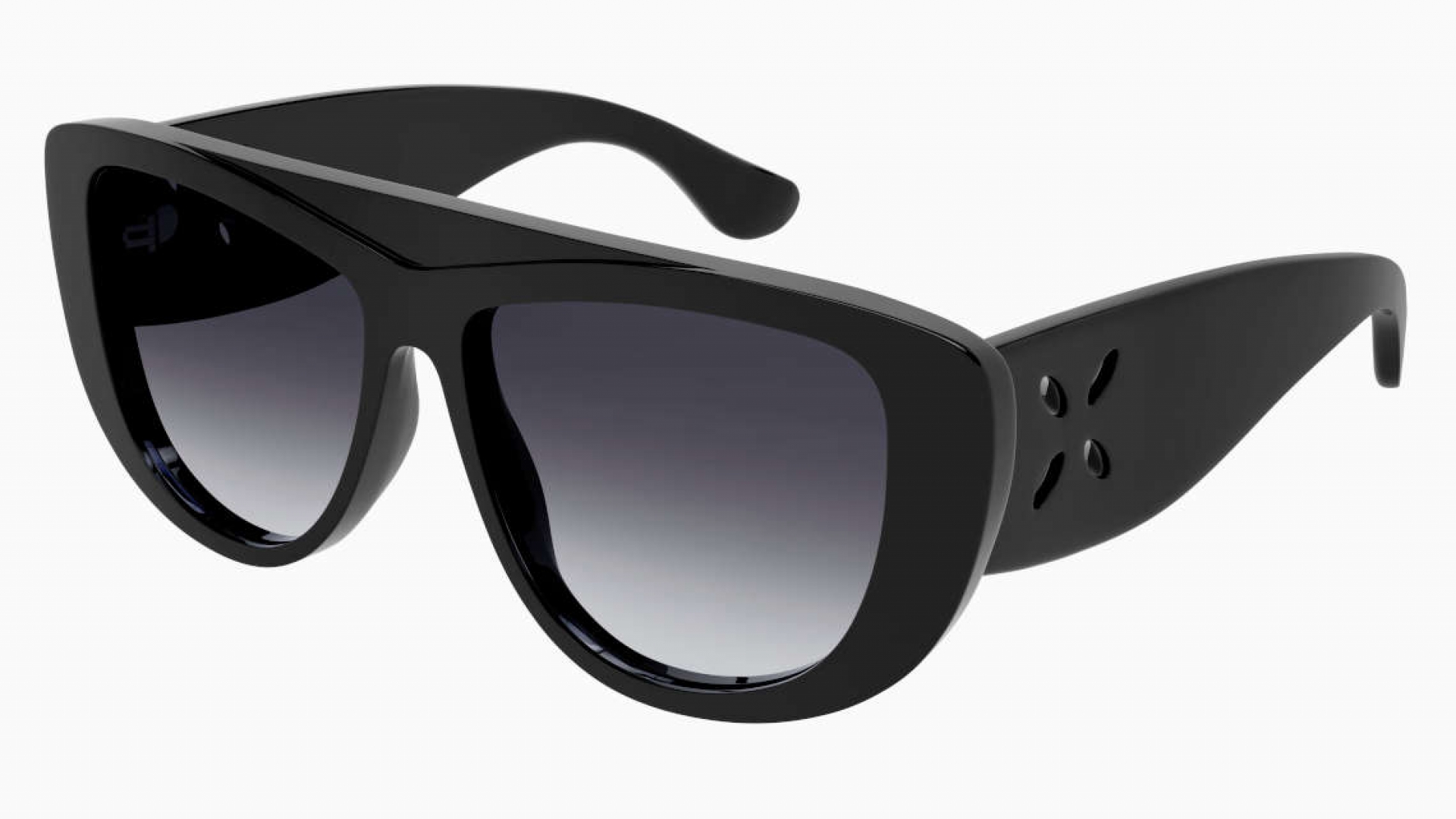 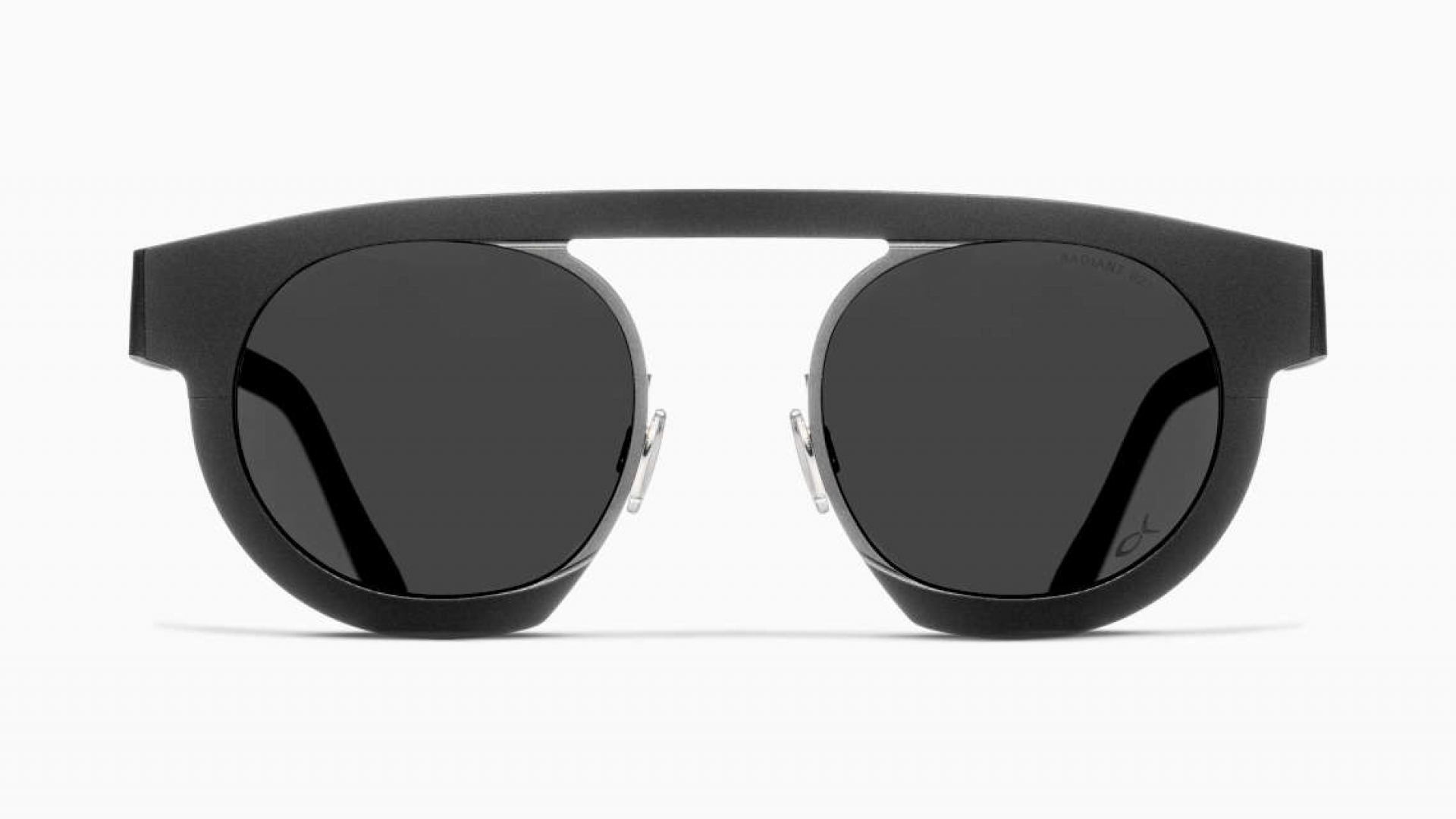 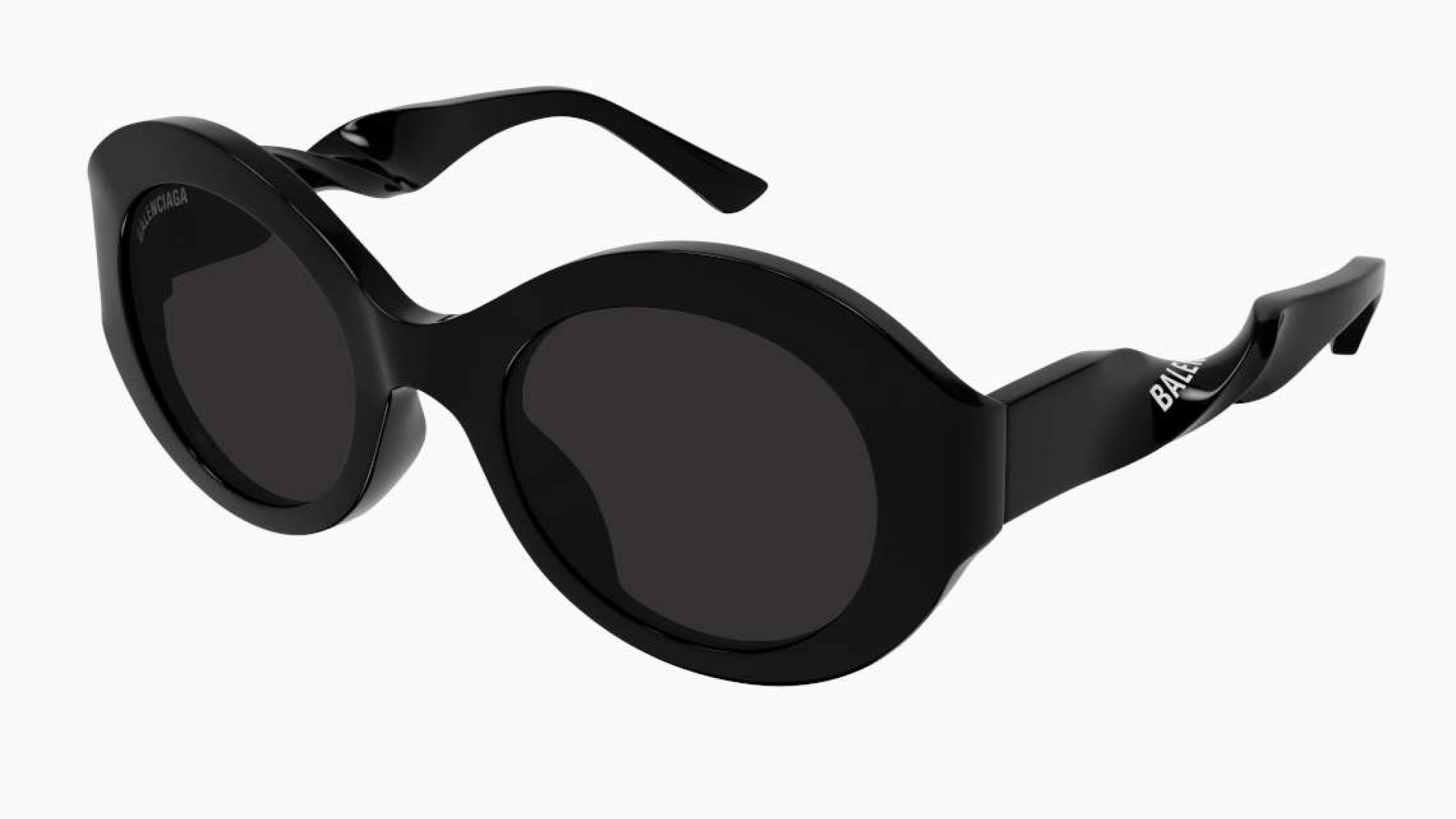 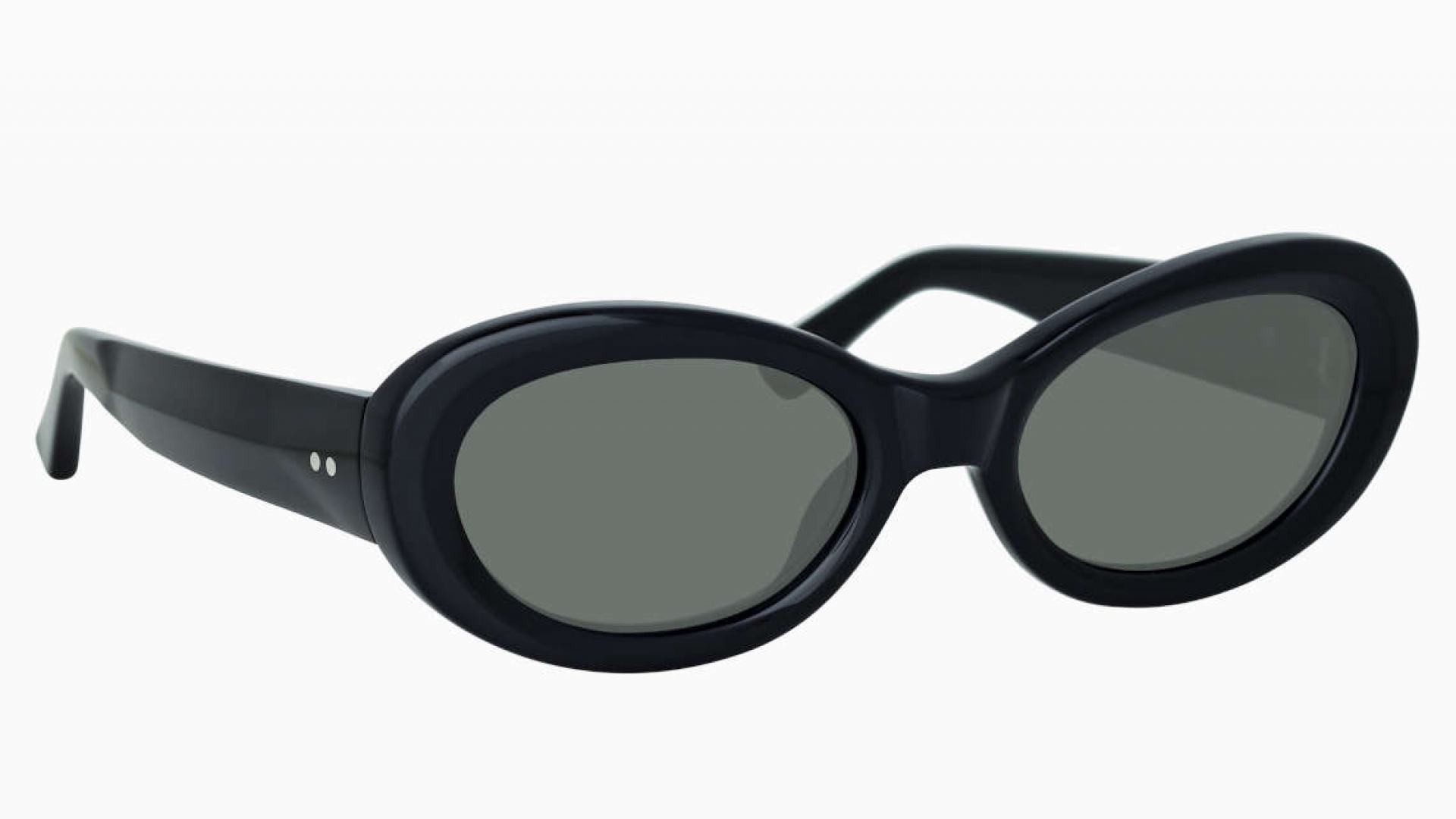 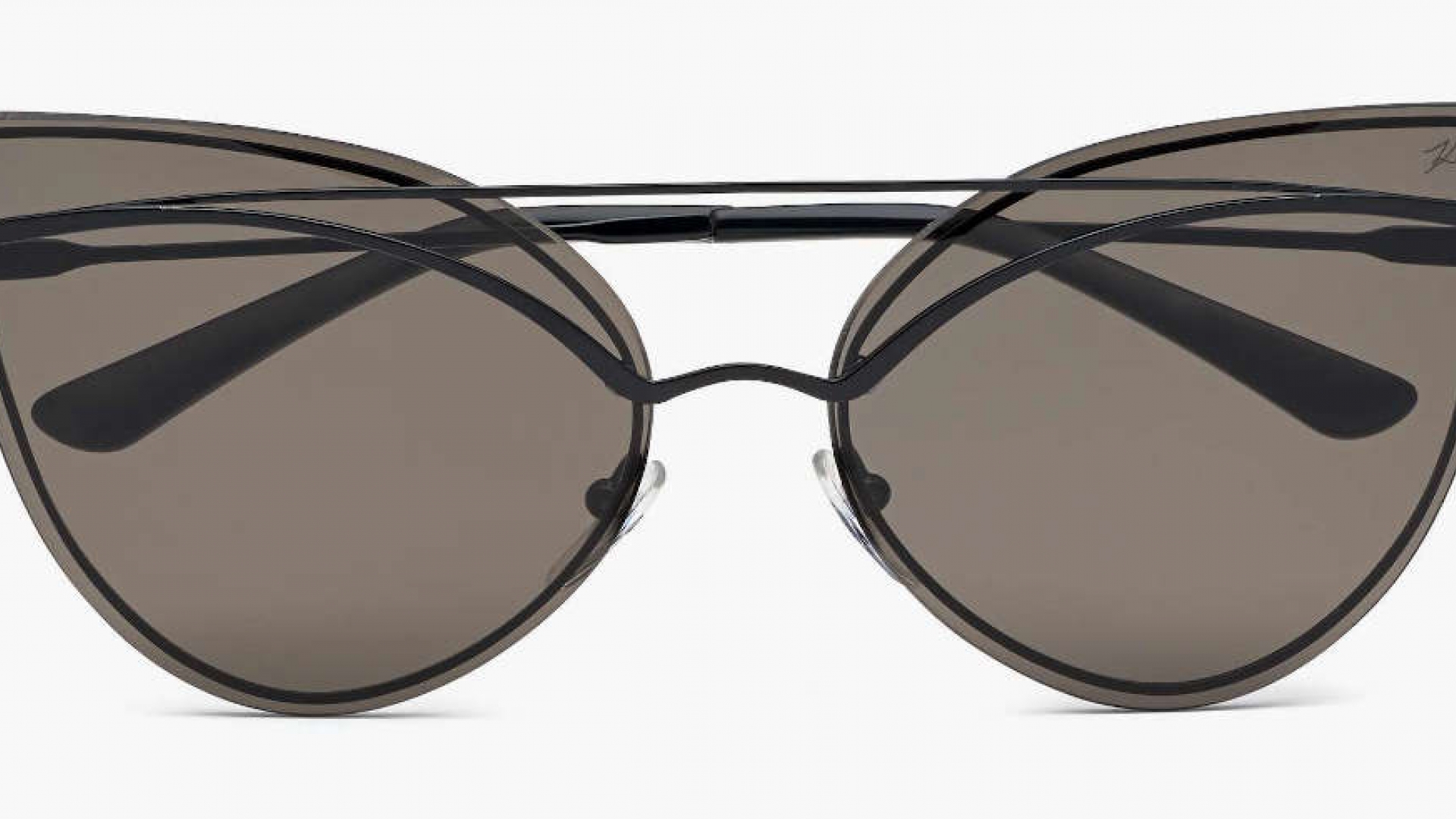 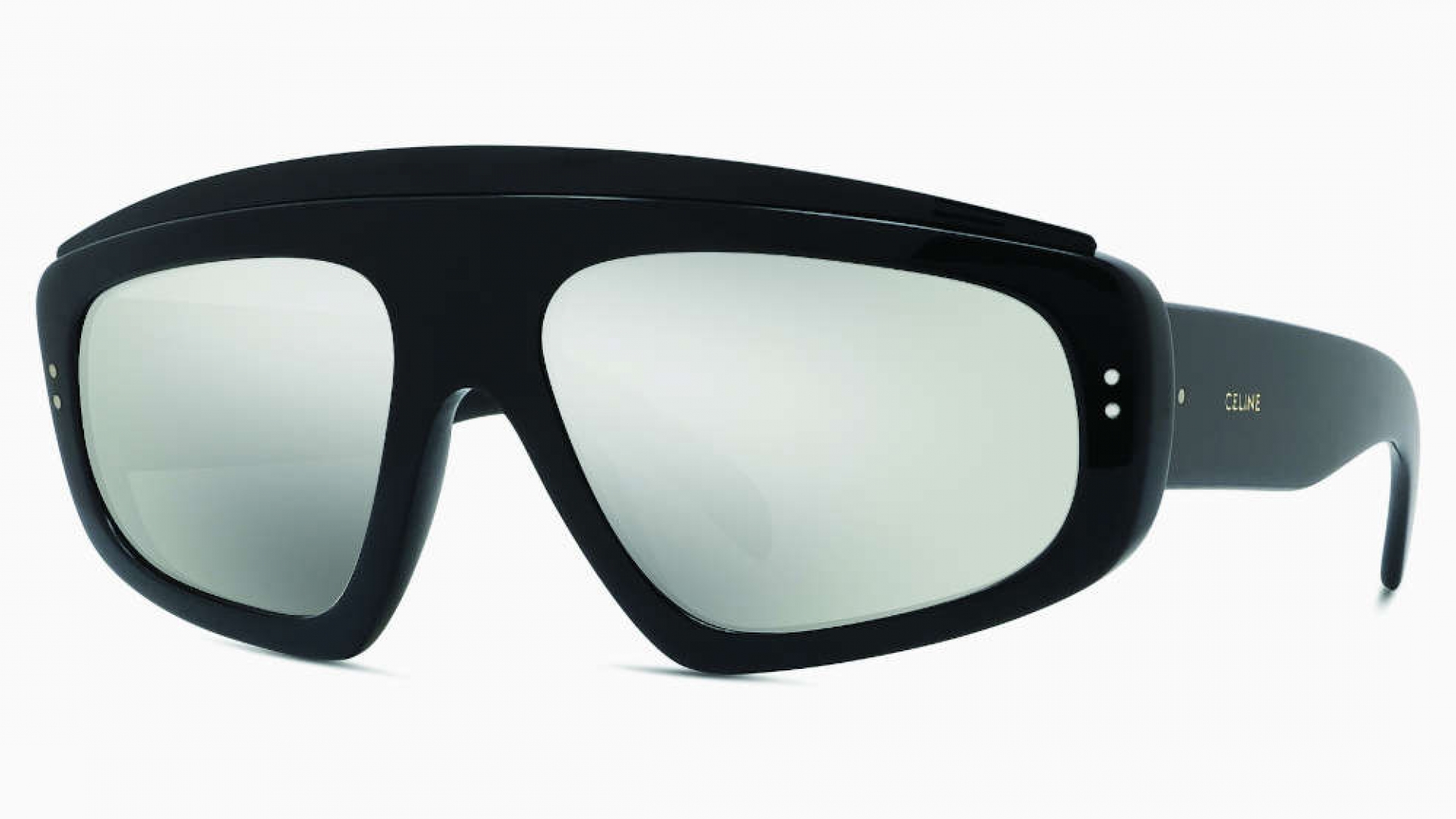 Different aspects meet and interpenetrate in Celine's sunglasses, including the men's model CL40225I in acetate, a hybrid between a subtly wrap-around frame and an aviator model with a large rim topped by a metal plate. Meanwhile, Belgian designer Dries van Noten's vintage-inspired DVN211 rewrites history with the use of layers emphasised by shiny acetate. Returning to the art world, Cutler and Gross is inspired by the round glasses worn by David Hockney, who was also a customer of the British brand. Perfect in its refined simplicity, the unisex model1396 (in the opening picture) resumes an ideal dialogue with a muse of post-modern art who has also become a style icon (especially for his glasses) and is available in both the sun and prescription versions. One concession to decoration: the compass eight-point star pins.

Moving from acetate to other materials, black takes on different depths, shades and reflections, as in the case of Blackfin's extremely light and airy titanium models, including Zen, an example of a virtuous synthesis of form and material, creativity and technology. It is no coincidence that a model from the Italian brand (the Ventura model, for the record) was worn by actor Sean Penn during his recent visit to Poland. Another brand, another muse, this time from the animal world. Having become a fashion icon in spite of herself, Choupette is one of the most famous cats in the world because she belonged to the designer Karl Lagerfeld, who often took her out with him. The KL329S cat-eye model is clearly inspired by the adored and pampered Burmese cat, with open lenses crossed and supported by a thin and elaborate metal frame. In black. Naturally.