The surface of eyewear, though small, lends itself each time to telling new stories, leaving other traces and thus going beyond the boundaries of aesthetics. Among the most striking examples, from the early 2000s, are the Blasco glasses by VidiVici where Vasco Rossi’s lyrics even flowed across the lenses... Not to mention various customisations that convey other information about who we are or how we want to appear.

In fact, words aren’t the preferred way for eyewear companies to communicate. Sometimes they use graphic motifs and material choices that refer to other cultural references, to precise images from other contexts. To tactile or visual sensations. For example, the Japanese brand Masunaga, through an agreement with K-3, has gathered the aesthetic legacy of the designer Kenzo Takada and translated it into the Genji model (in the opening picture). This design features an arabesque inspired by antique iron fences, both on the mono lens inserted in the titanium front and on the acetate temple. A sign that immediately creates a visual connection between past and present, between savoir-faire and technology, where the restored artisan tradition also corresponds to the desire and need to safeguard your country’s precious cultural heritage. That complex “empire of signs” that Roland Barthes spoke of.

The same goes for the Italian brand Fatherson. Florence, where it was founded, undoubtedly influenced a very specific choice: velvet inserts and silk brocades, slowly woven by hand on antique 19th-century looms by the master weavers of the city’s Lisio Silk Art Foundation. Just as in the past. Fragments of a story that evokes the Renaissance splendour of textile art. The application of silver details made by the Florentine goldsmith Marco Cantini renders some models still more precious and unique. And velvet is always the star of the iconic Velvet collection by Italia Independent, relaunched with updated material combinations. The unmistakable touch and elegance of this sumptuous fabric is transferred to eyewear through a sophisticated synergy between craftsmanship and technology. Fede Cheti draws instead from its own precious archive by re-presenting graphics of the fabrics of artists like René Gruau, reproduced in gold on the Columbus model.

The texture thus often reveals a story translated into a language of symbols. This is the case with Alain Miklitarian and his new “Armenian Soul” collection from the Dansharian brand, created in collaboration with Danshari. For the first time, the designer has signed the collection with his full surname, which clearly references his Armenian origins. Those deep roots are found in the names of the seven models (six pairs of glasses and one of sunglasses) and the decorative motifs, creating not only a visual identity but also a spiritual journey through visions of distant cities. A true voyage through landscapes illuminated by the colours of the earth and rocks, by the reflections of the sun. From natural and gentle shapes like waves or the circle repeated on the wide temple of Garni, inspired by a city of just over 7,000 inhabitants set in a primordial context dominated by a Greco-Roman temple... However, this return to origins is not tinged with nostalgia but uses contemporary processes and materials such as titanium combined with acetate. It also introduces a real innovation: the FTS (Flat Temple System), which allows the temples to be fully closed. But a texture can also be abstraction, illusion, simulacrum. Like that which appears all over the lenses of the Versace VE 4420 sunglasses and bears the three-dimensional Greek key, updating the famous iconic monogram of the 1990s and thereby perpetuating the bold genius of one of the greatest designers of all time. Even with just a look. 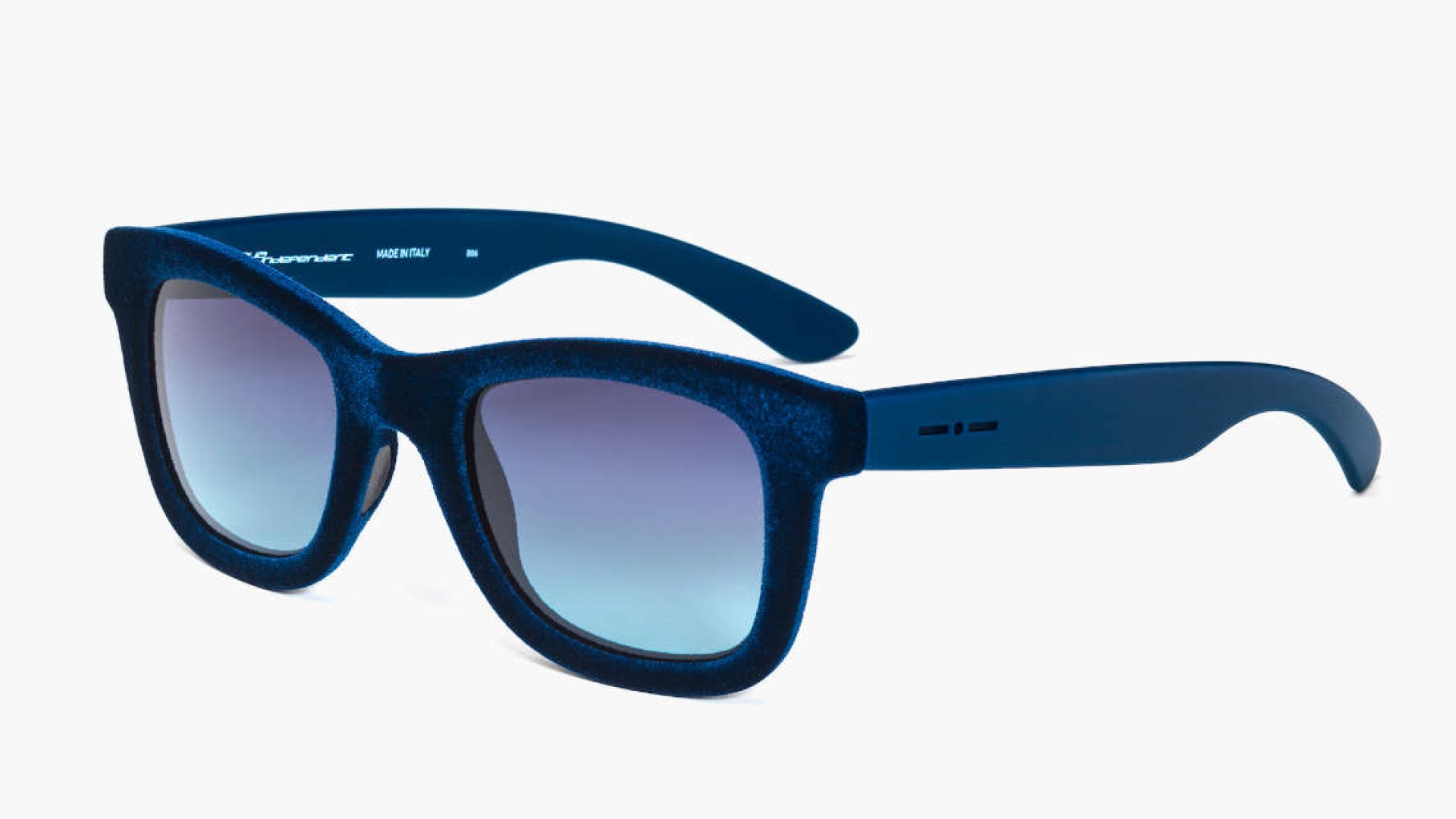 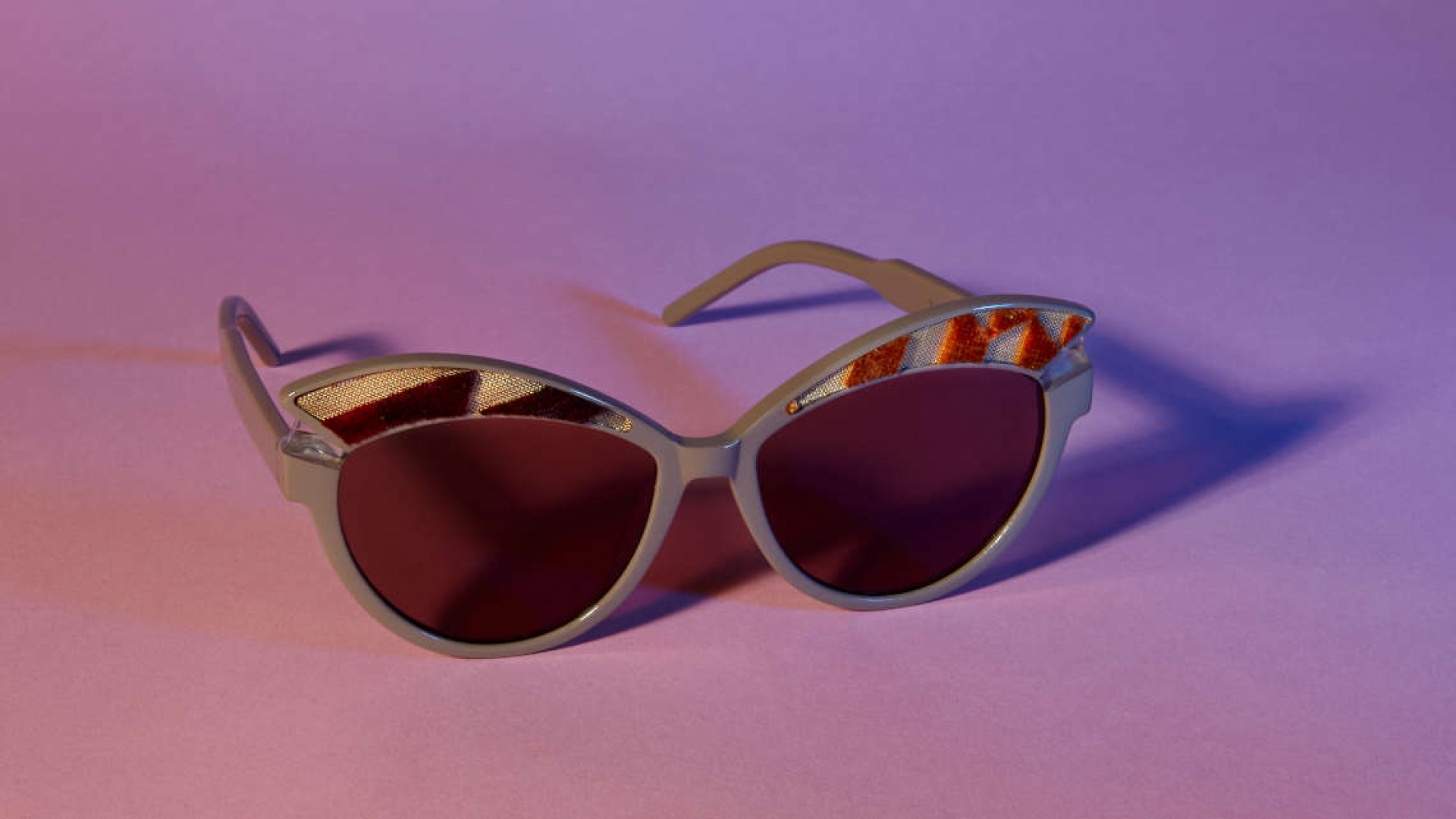 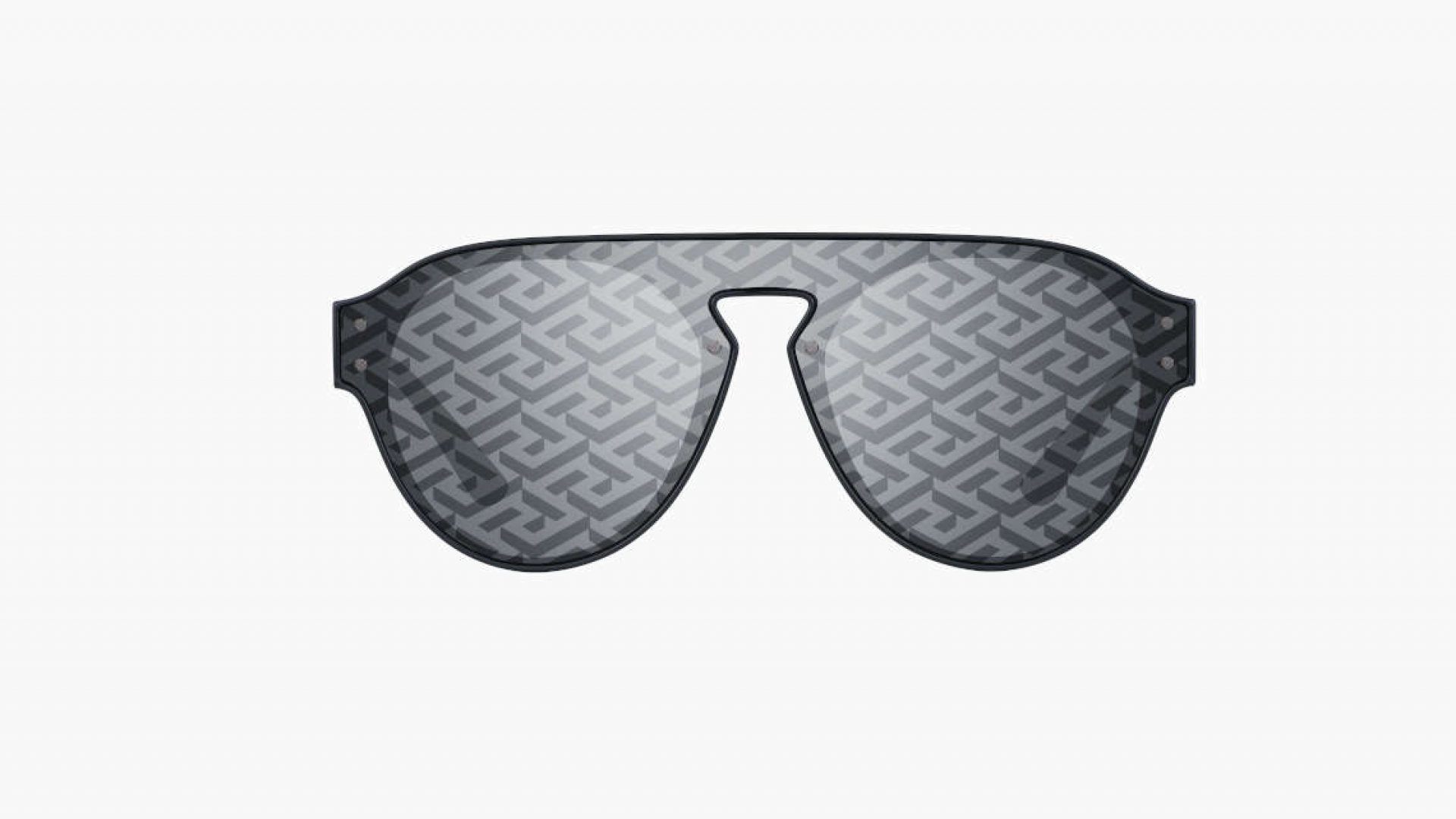 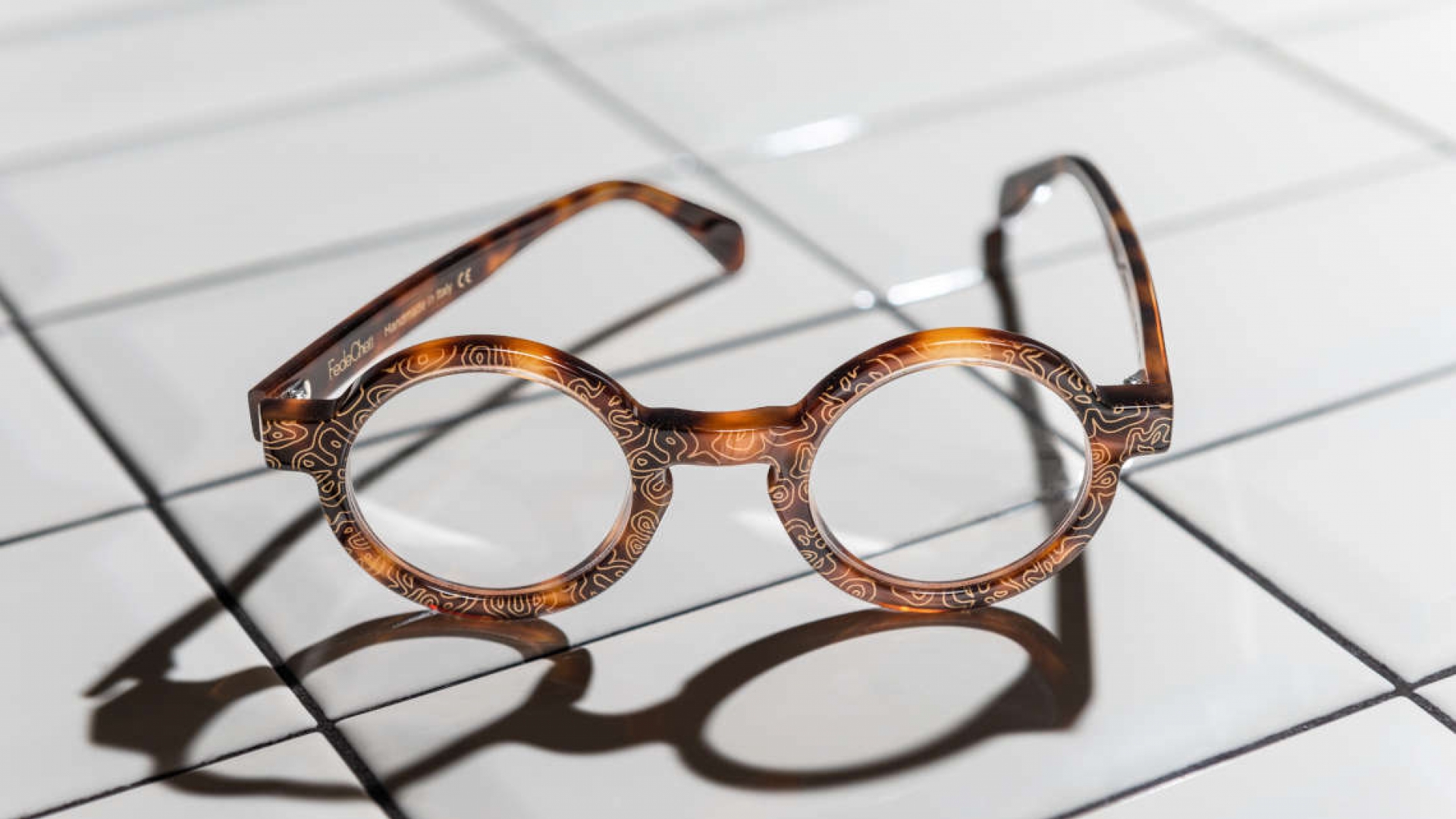